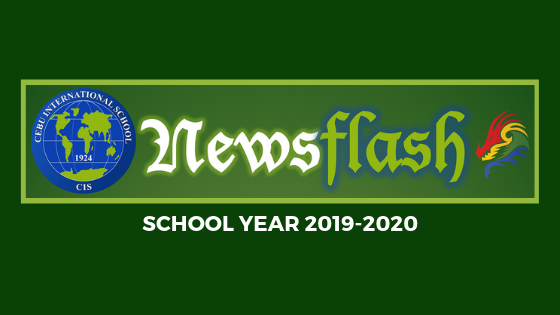 The Importance of Relevance in 21st Century Education

As a teacher of English Literature for over 20 years, I grew weary of students asking me why we had to study Shakespeare. Although I could, and can, wax passionately about the benefits of studying the Bard, the simple (but inadequate) answer was that there were things we just needed to know to be “cultured people”. However much I loved my Shakespeare, though, I could see the students’ point. They just didn’t see the relevance in studying a 400 year-old text in a language they found difficult to access. At CIS we spend a great deal of time discussing the importance of the 3 r’s of 21st century education: rigor, relevance, and relationship. Relevance is a term we use to describe educational experiences that either connect to students’ personal aspirations, interests, and experiences or which develop skills or knowledge they will be able to apply to life beyond school. Relevance is critical to motivating students as they are able to appreciate the value of what they are learning and its importance to their lives. As a result, relevance increases engagement with what is being taught and is even shown to increase students’ knowledge retention and recall. 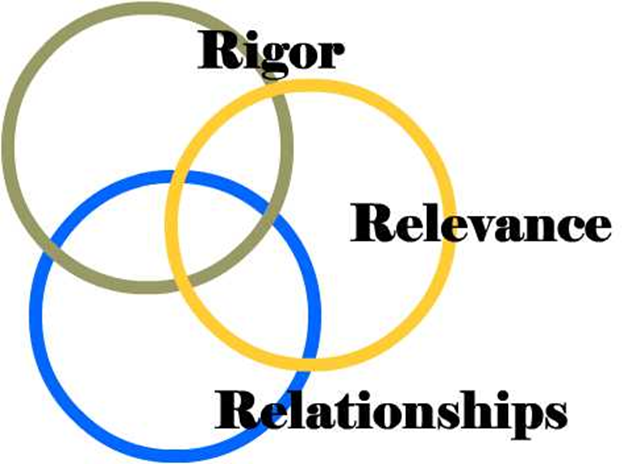 What is really exciting about CIS in this regard is that our school has already developed a strong culture of learning where relevance is very much on educators’ minds each day. While all schools would likely agree that relevance is important, it is rare to see it being implemented effectively. At CIS our students are at the very center of all we do; we listen to their voices and allow for a great deal of choice, agency, and flexibility within the boundaries of our classroom activities and assessments. We also intentionally seek to get to know our students so that we may ascertain what is relevant to them. The fact that it is our students in every MHS class who, with the guidance of their teachers, create the class “expectations and essential agreements” for a strong and healthy classroom environment, or that our HAD day is student-planned and directed, or that we have students leading clubs and service learning projects, all speak volumes in this regard. Truth be told, I witness relevance every day at CIS whether inside or outside of the classroom.

We can see relevance within our curriculum when, in our science classrooms, students are able to select topics and design their own experiments to explore common concepts. In our Individuals and Society classes students take turns presenting on current events and then lead their classmates in discussing those events. In our Language Acquisition classes students teach each other to reinforce their learning utilizing the language they are studying. We see relevance in Business class where students create their own CIS merchandise products, conduct market research and analysis, and present the products to the administration for possible adoption. While we don’t have the scope here to mention each subject area here, I can assure you that there truly is a widespread focus on relevance in our approach to learning, not to pander to students, but to help them get the most out of each school day.

One of the most powerful and relevant learning experiences our students take part in each year are the MUN conferences, where our students are assigned, in small groups, to countries prior to the event and must research their given nations and work to diplomatically present the viewpoints of those respective nations on a variety of resolutions. While the event is meant to simulate the actual UN, which is fabulous in and of itself, students also develop invaluable debate, oratory, critical-thinking, and diplomacy skills. They also learn a great deal about our world and the various political stances of various countries, some of which may be in conflict with each other and which they may have previously known very little about. Our recent student groups for example, which traveled to Manila last weekend for the MUN local conference (see below), were assigned to Angola, Bahrain, Switzerland, Afghanistan, Ukraine, and other nations, while one of our more experienced students was a member of the MUN Security Council.

Just this past weekend 17 HS students from CIS travelled to Manila for the 2019 Model United Nations (MUN) conference held at The International School of Manila. Below are the reflections of two of our senior students who attended this event.

Through my five years of Model United Nations, I have grown substantially as a contributor to this art of debate. From my little 8th grade self, shaking as I ask one POI (point of interest), to now, chairing the most powerful arm of the United Nations, it is an irreplaceably rewarding experience.

For this MUN Locals conference I was chosen to be President of the Security Council. Despite only being two days, I believe I have grown more as a member of debate, developed a more assertive manner, and made connections and friendships that I will remember in the distant future. Being my last MUN conference, I am enigmatically thankful for how well it all went. I could not have asked for better co-chairs, delegates, and fellow CIS representatives. The only difficulty I faced was choosing the Best Delegate, Best Speaker, and Most Diplomatic Delegate for my committee, because of how passionate and engaging the members of the Security Council were. All I can remember from this trip was a blur of bliss and laughter, whether it was with roommates, delegates, or newfound friends.

As I am now in my final year at CIS, it brings me dismay to announce this to be my last Model United Nations conference. To all future delegates contemplating joining, I want to reiterate a quote by Malala Yousafzai: “When the whole world is silent, even one voice becomes powerful”. Take that step, develop your voice, and foster that power. You alone can make a change with the first step, and taking that step was the best decision I ever made! – Katrina 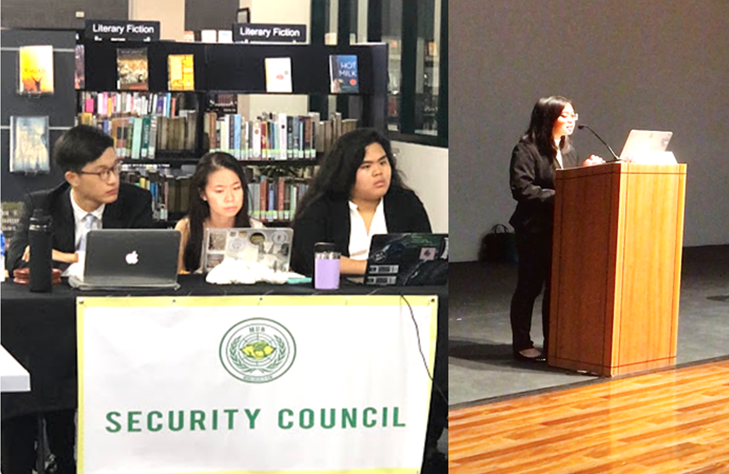 Last year was my first exposure to Model United Nations. I came into the Locals conference with virtually no knowledge of debate protocol and resolution-writing. As a result, I learned everything the hard way: I was constantly corrected by the chairs in the middle of my speeches and indirectly criticized by other delegates.

Though my first conference was overwhelming and emotionally draining, there was just something about MUN that made me want to do it again. I decided to sign up for Locals despite the heavy workload of senior year. More than that, I knew that I wanted to push myself for my last MUN conference, so 2 days before we left for Manila, I painstakingly wrote a resolution for China’s One Belt, One Road Initiative, and when we got to the conference, I worked with delegates from other schools who were willing to co-submit with me. I was extremely stressed before the debates, still traumatized from last year’s experience, but at the end of the day (literally, because my resolution was debated last), I got the house to pass my resolution — the second and last to pass out of five submitted resolutions.

As this Locals MUN draws to a close, I’m tremendously proud of myself for transforming from a nervous novice, stammering over her words and shaking behind the podium, to becoming a main submitter who was commended by the President of the General Assembly himself for creating such a “well-written resolution”. It’s too bad that I’m ending my high school MUN experience just when I’ve gotten the hang of it, but I’m so glad I took the risk to even try because I ended up having an unexpectedly meaningful time. – Axelle 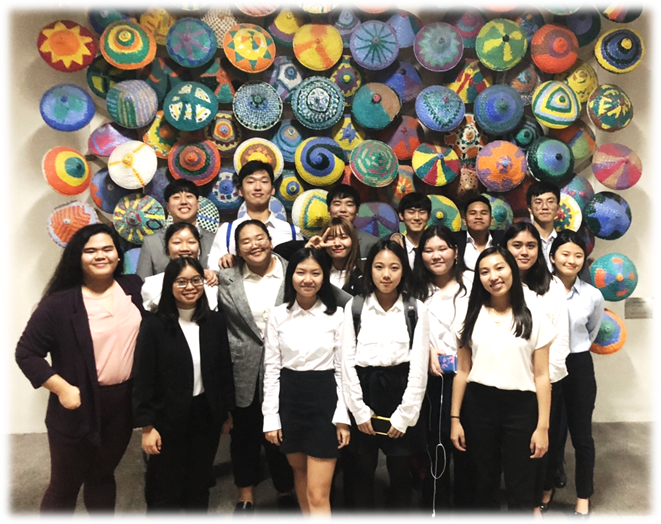 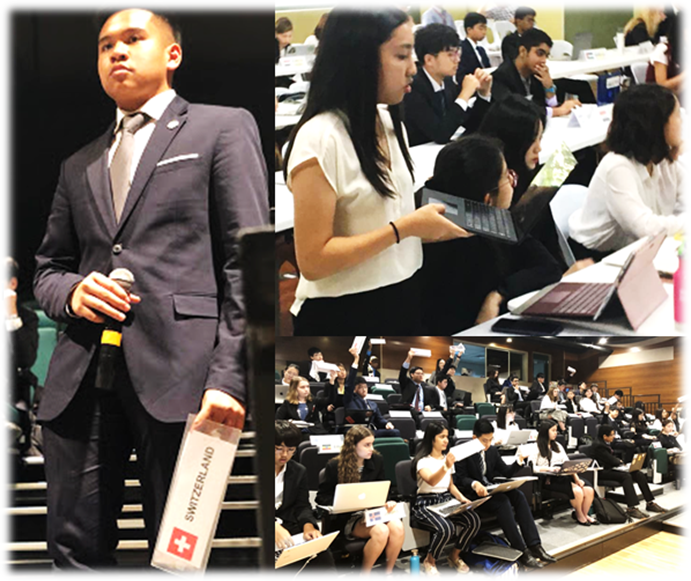 The Power of Routines

Routines are powerful habits that enable learners to engage in higher levels of thinking. When humans work to master a new habit or skill, a high level of mental concentration is required in the initial stages, then gradually over time the habit or skill becomes increasingly natural, requiring less and less mental energy. Once the habit or skill becomes automatic, this mental energy can be focused on higher-level thinking. At CIS we call this ‘going slow now so we can go fast later’. Jamie Tredwell, an artist talks about the power of routines within the context of his work. By creating routines for low-level thinking items, he can release his mind to engage in higher-level creative thinking and learning.

CIS elementary utilizes the power of routines to empower students to become agentic learners. These are learners who have high levels of voice, choice, and ownership over their own learning. 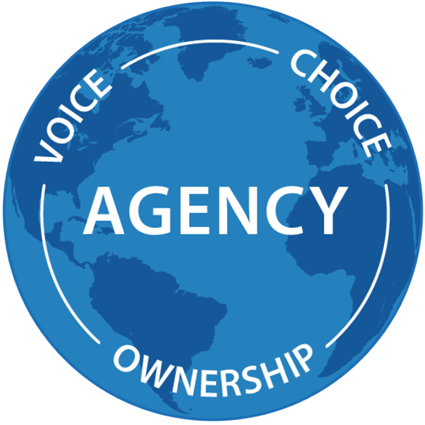 Habits and routines do take a while to establish. We know from various studies that a habit or routine takes, approximately, 30 repetitions to become embedded. This means that in most cases when a routine does not seem to be working, it has not yet been practiced or reinforced enough. You will see CIS teachers using routines in every class to develop independent, self-managing learners who make powerful decisions about their own learning. Many of these routines begin with the IB Learner Profile, then move to the ATL skills, and finally into the various subject areas. 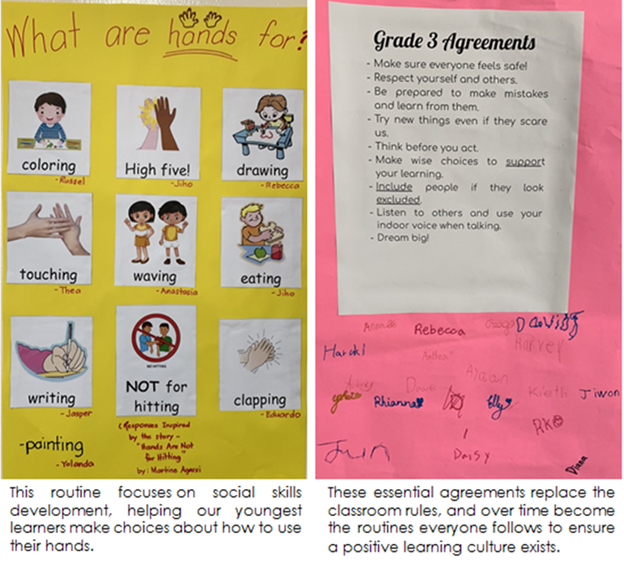 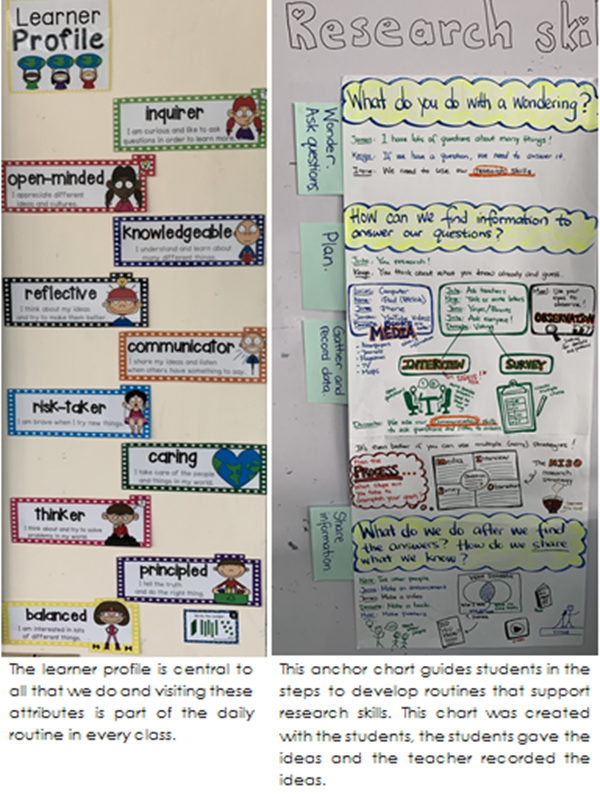 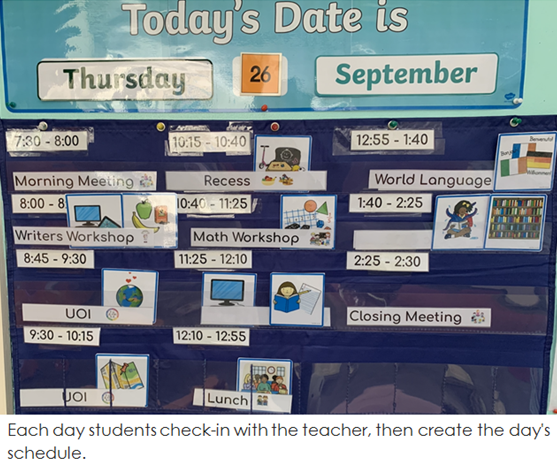 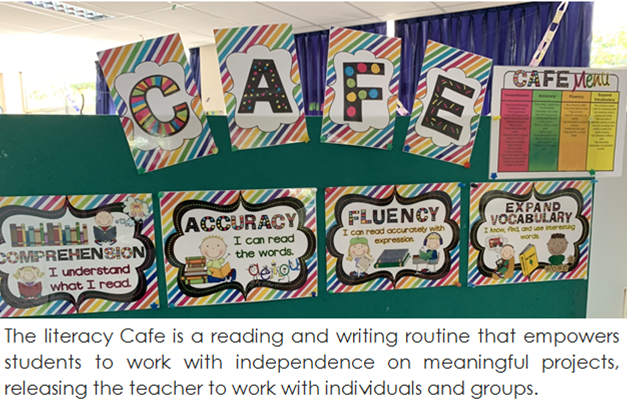 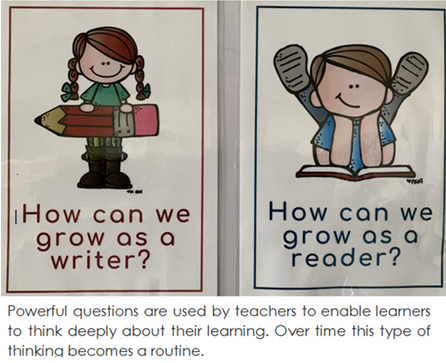 Our first House Activities Day (HAD) of the school year occurred today! Students and staff were assigned to one of the four houses (Narra, Molave, Acacia, and Mahogany) at the start of the year, but is this truly the house to which you belong? Are you a true-blue Narra…or secretly an Acacia at heart? Do you pledge your allegiance to Mahogany…or does a part of you cheer for Molave? Take our fun quiz to find out which house you really should be in and learn about the awesome characteristics of each house along the way!

Bonus feature: we’re also publishing a recipe for winning HAD, so be sure to click on that to ensure victory next week!

To take the quiz and read the recipe, visit http://dragonsprint.cis.edu.ph/ 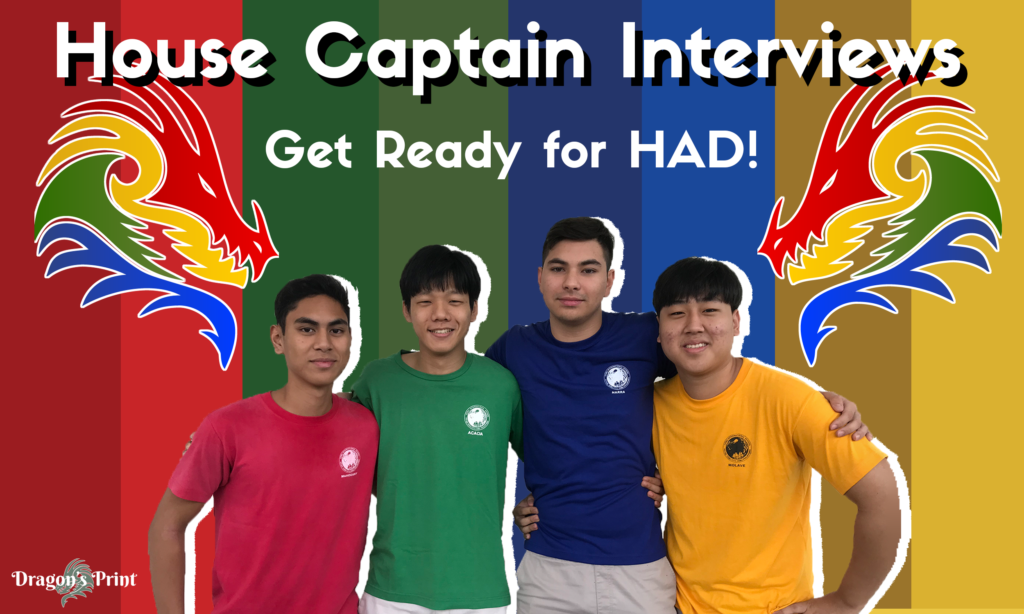 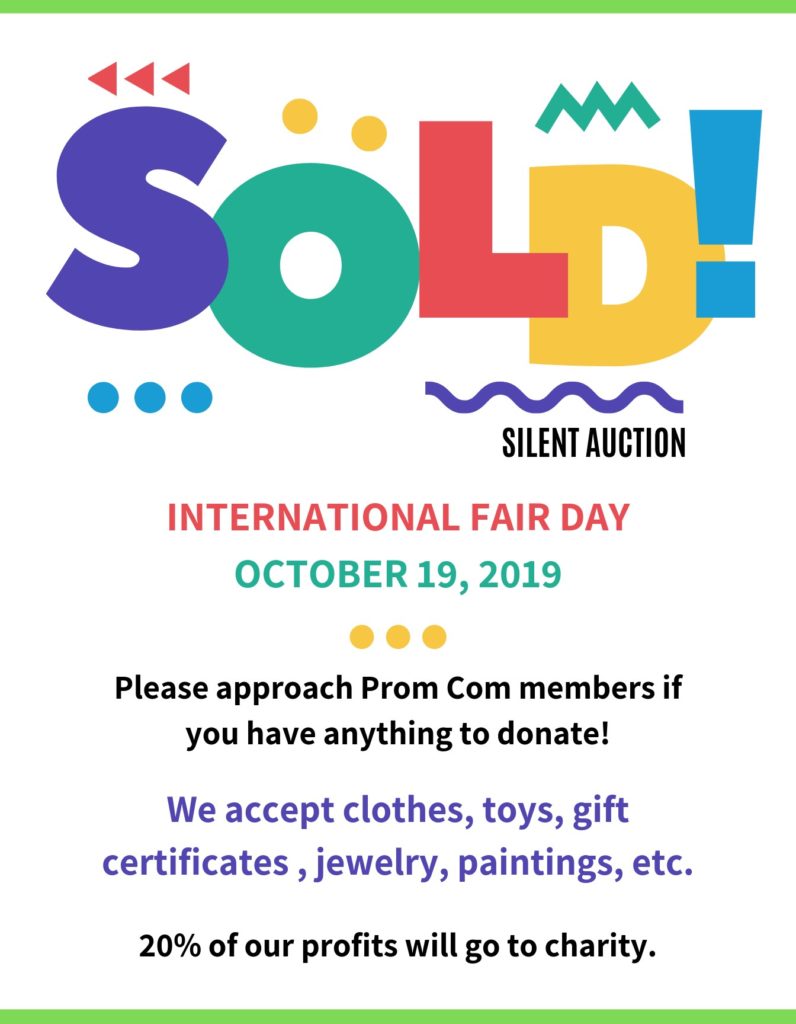 by the CIS PTA 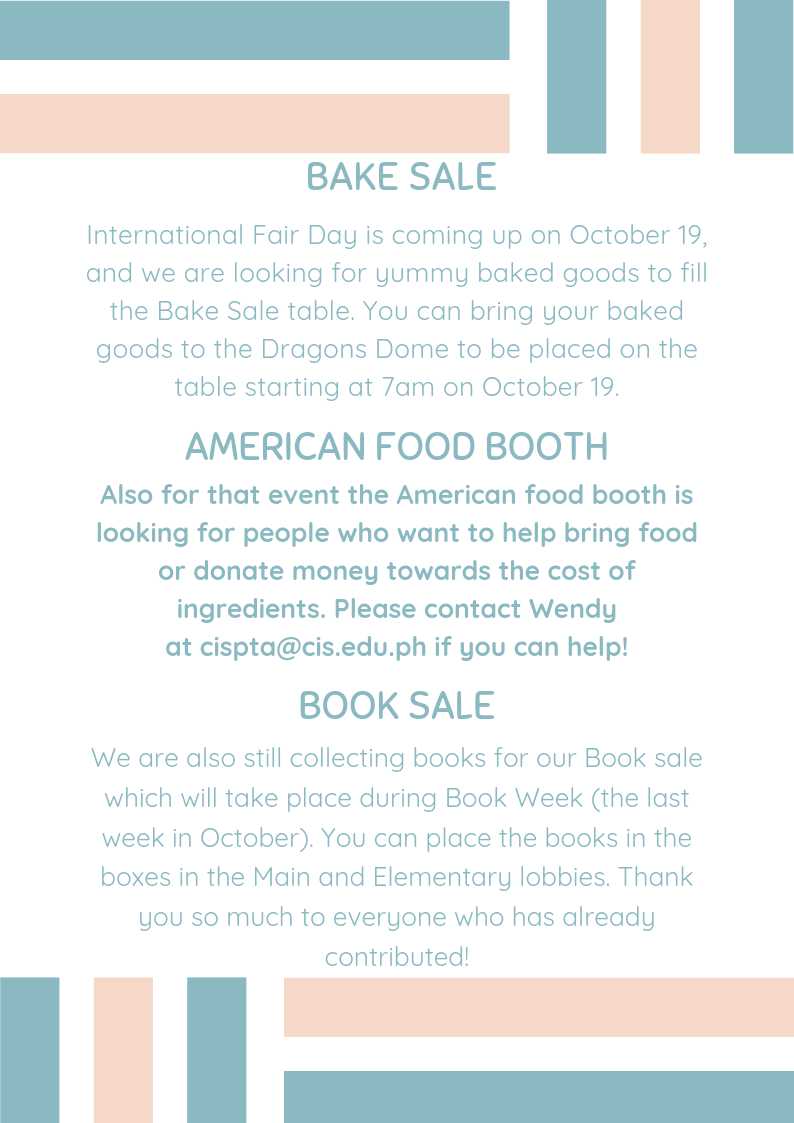